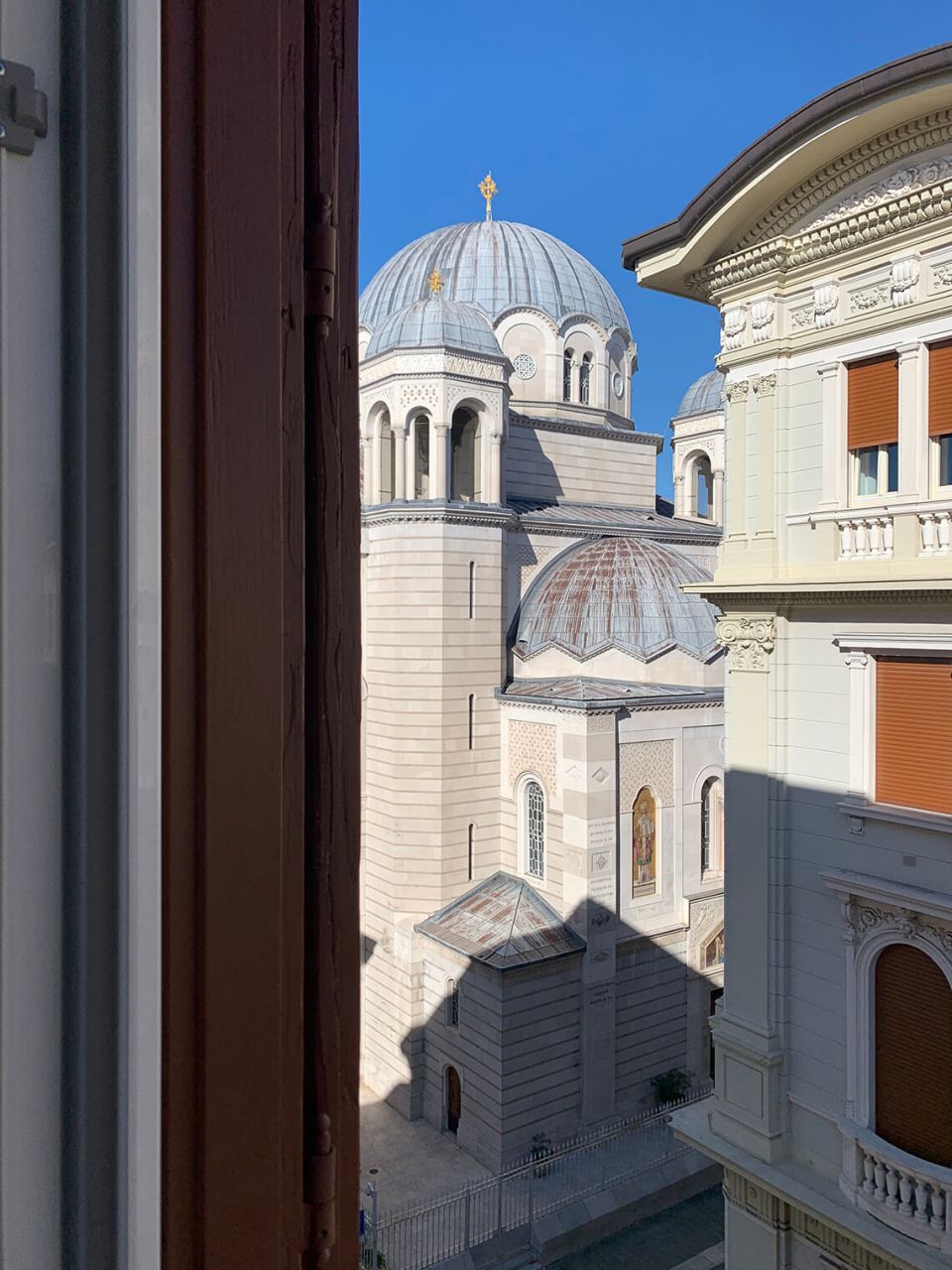 planBstudio renovated an office inside a historic building in Borgo Teresiano, an ancient district in Trieste, transforming it into a private home. The project involved a rearrangement of spaces and volumes by modifying the original layout of the house.

The idea of expanding and integrating the living area (kitchen, dining, and living room) allows not only to experience the environment more fluidly, but also increase and remodel natural light. The sleeping area was separated from the rest of the house to make it a more intimate and isolated space: the large bedroom connects to a private bathroom, which was added to satisfy the needs of the new ownership.

The bedroom’s twilight scenario, represented by the wallpaper’s floral decoration, contrasts with the bright view on the blue Byzantine-style domes of St. Spyridon Serbian Orthodox Church.

The oak flooring runs throughout the whole apartment, creating a sense of continuity between rooms, bathrooms included. Both bathrooms, small in size yet fully functional, have been diversified through the use of specific finishes. The walk-in shower walls are clad with unique panels of raw marble in white for the private bathroom and black for the guests’.

The radiators are not hidden as they become chromatically customized furnishing elements. Doors and wardrobes were made to measure according to planBstudio’s design. While for what concerns lighting, dimmable LED profiles were integrated into the ceiling. The project was completed with a particular request from the client: a “starry sky” in the living room, obtained with the use of optical fibers. 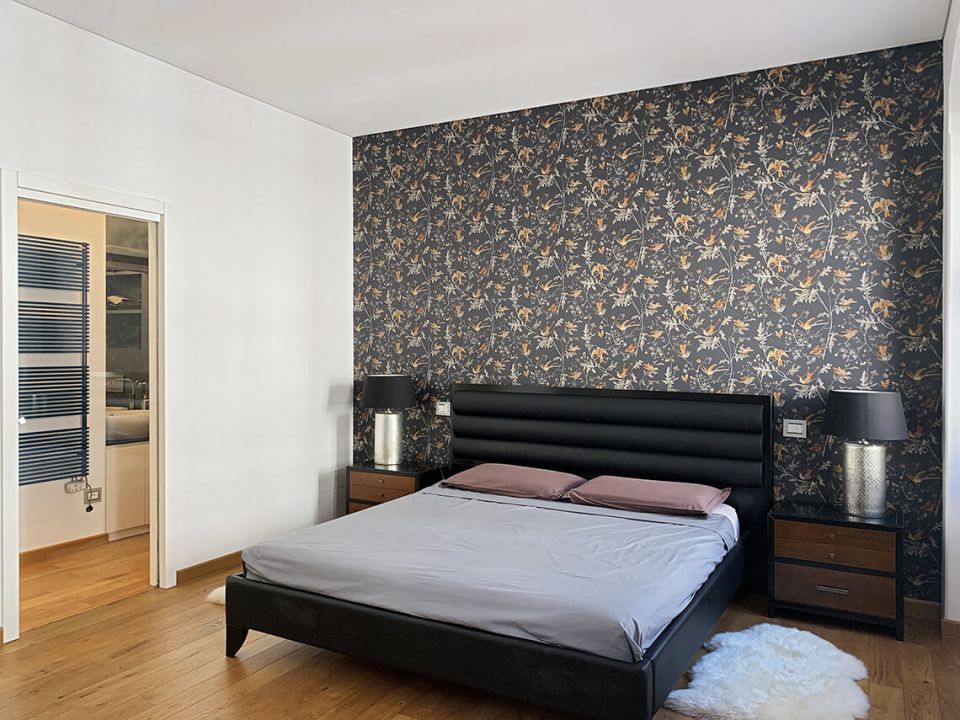 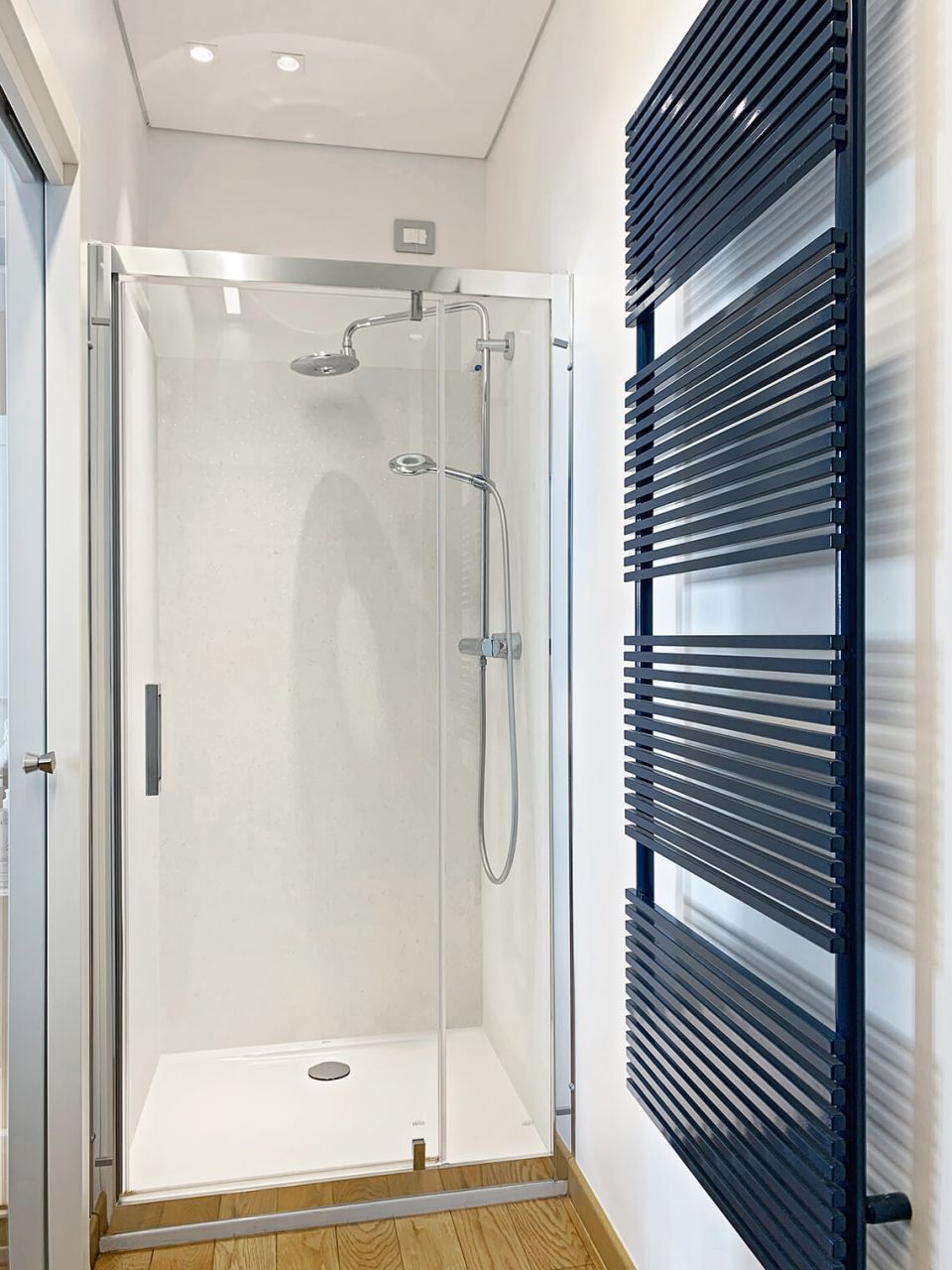 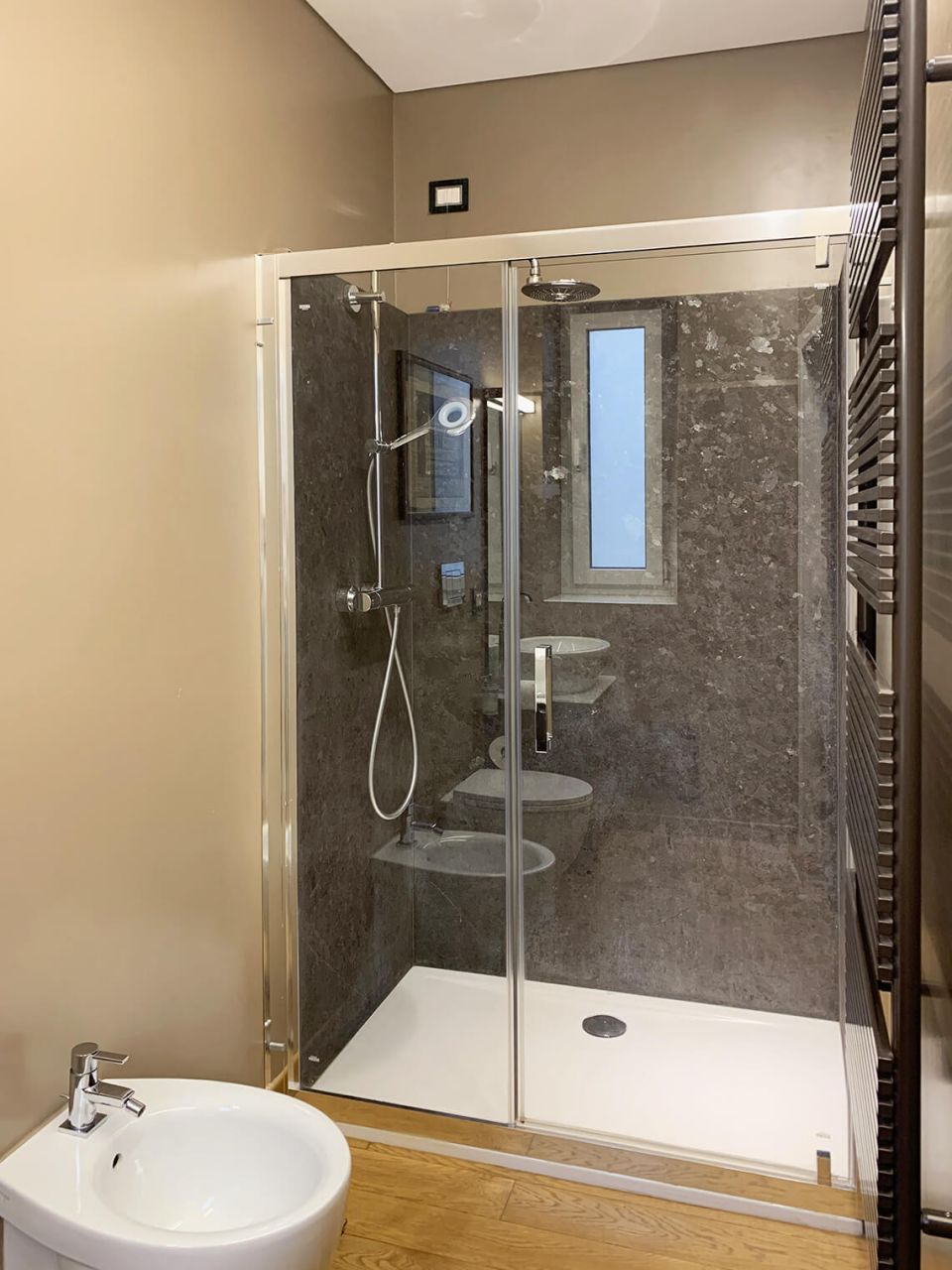 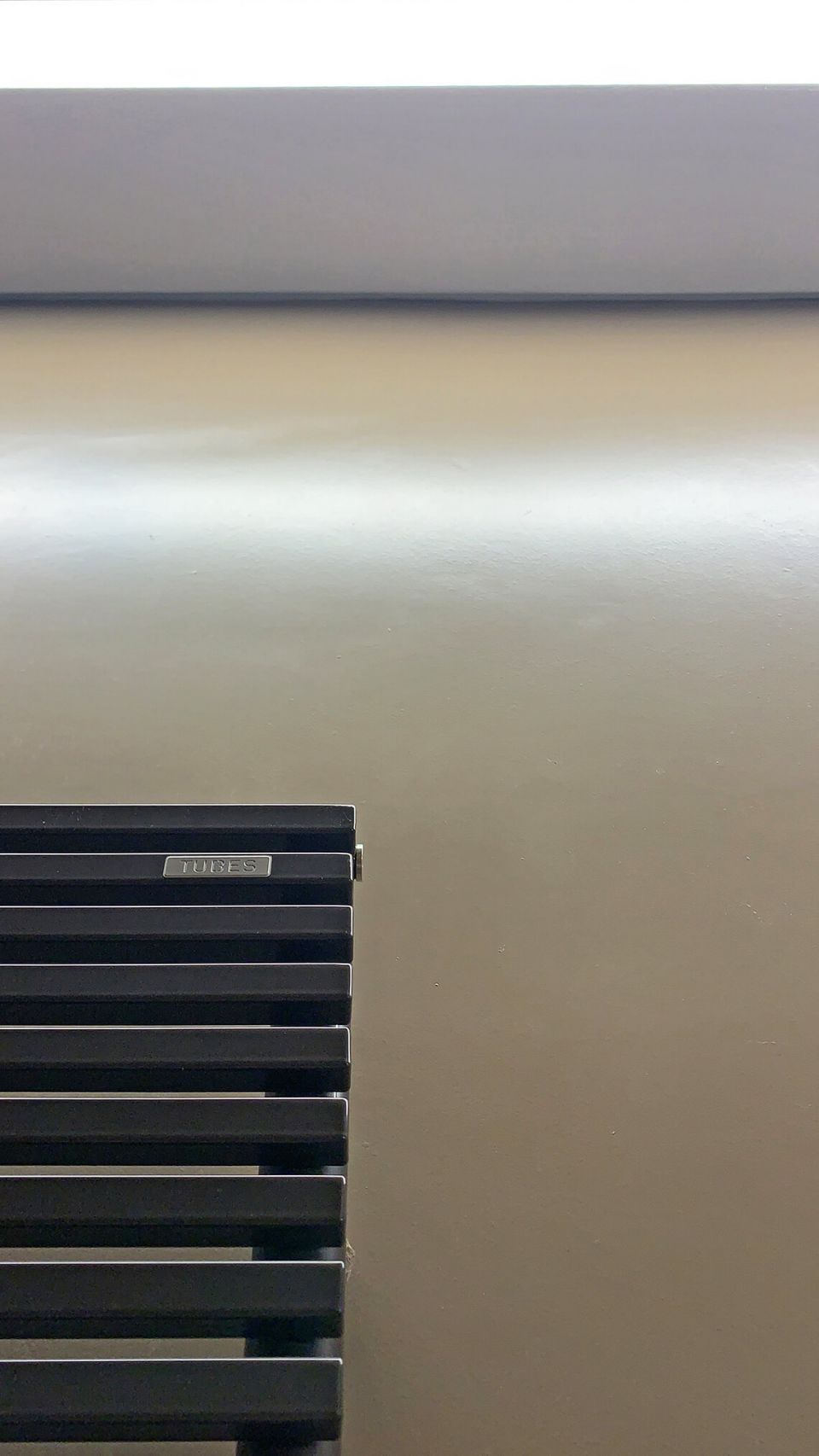 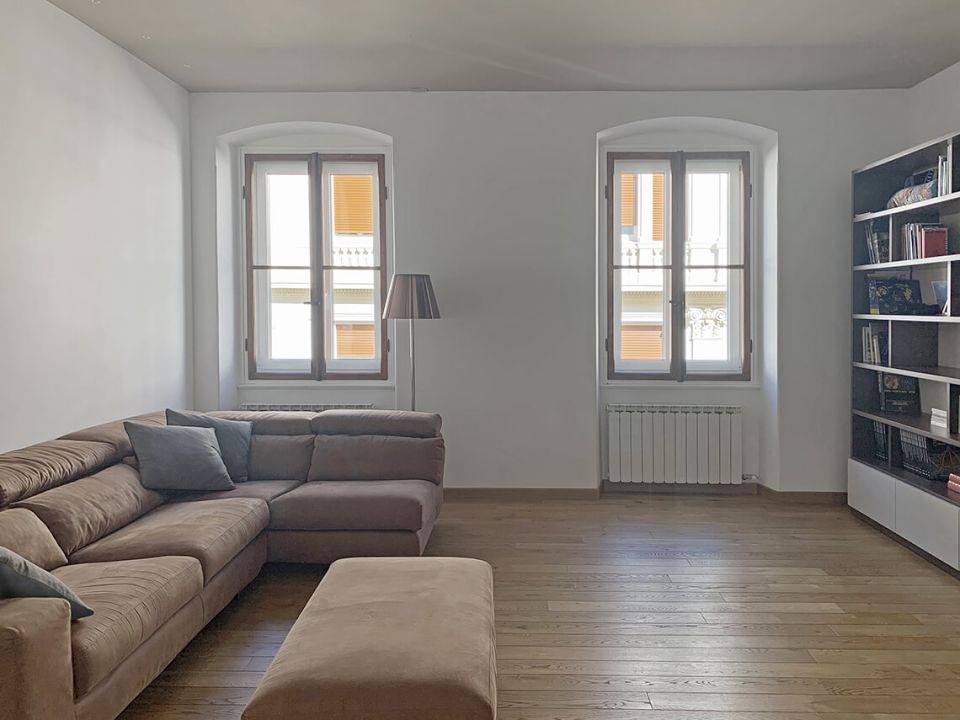 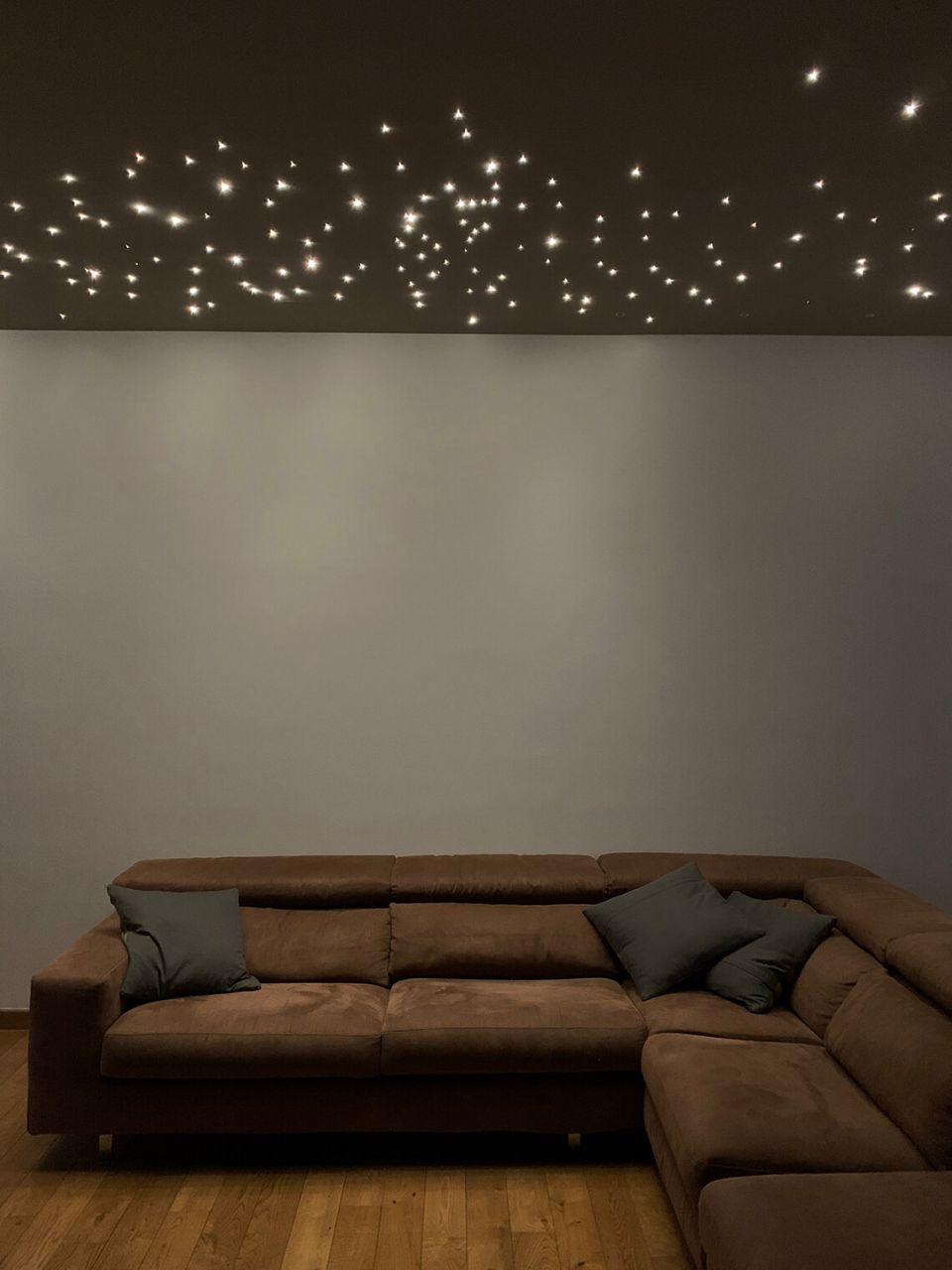 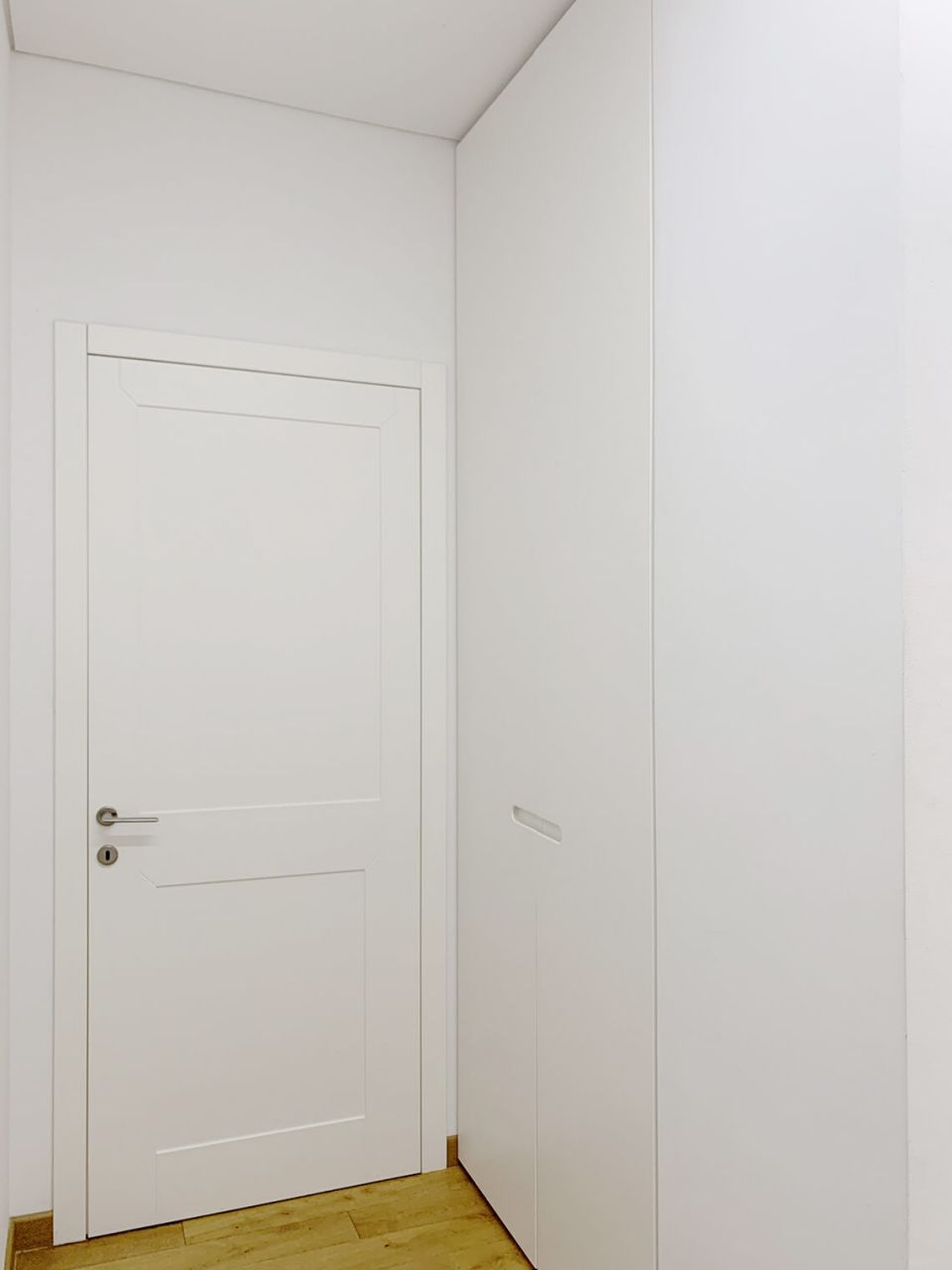